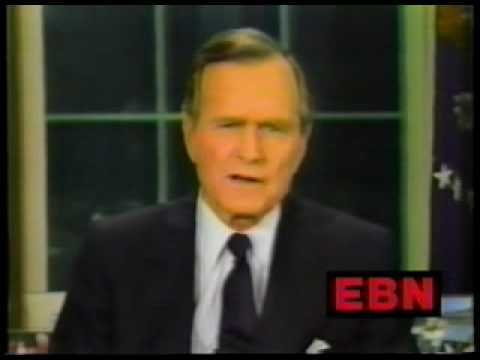 Josh Pearson, EBN’s charismatic front man and principal performance artist, was also EBN’s music composer and main video editor. The music and video editing techniques he personally developed and refined have been hugely influential on a generation of advertising and music video editors.

The first EBN video project was a musical remix of the Gulf War, created in 1991 as the war was still ongoing. The VHS tape of the remix project, which contained the George H.W. Bush “We Will Rock You” cover, became a viral underground hit, and was distributed widely by fans as bootleg copies. In the summer of 1991, EBN traveled with the first Lollapalooza tour, distributing tapes and showing their videos on a modified station wagon with TVs on the roof. The group also became well known for their media sculptures and stage props which were created by Gardner Post.