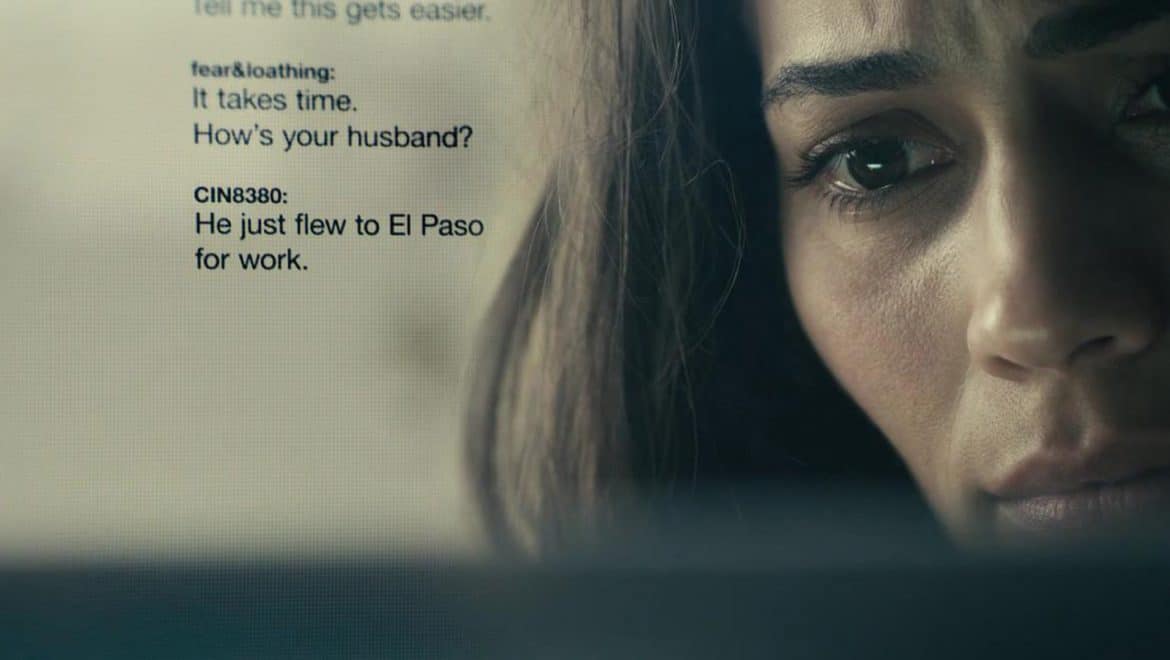 The Rise of the Diegetic Intertitle

Prior to the integration of sound, movies often displayed text-based information using title cards or intertitles. This form of communication is known as diegetic content, as the actors cannot see it.

However, even after the invention of the talkie, other types of information needed to be displayed — such as translations for a foreign audience. This was usually done in a very perfunctory way, with non-descriptive text (typically achieved using a font such as Times New Roman, with a black outline to contrast with any background) on the lower third of the screen. This text is external to the story, so it seemed natural that it should be stylistically different.

In more recent years, there are increased demands on visual storytelling — small screen devices (e.g. mobile) and computers have started to become part of the language of cinema (and, by extension — the video and digital screens on which they are ‘projected’). Additionally, in today’s more multicultural world, the requirement to show multiple languages within the same film means that different typographic techniques can be used to enhance this aspect of the story. In fact, this is an extension of traditional subtitles — where often sound effects and untranslated languages are still included.

As mobile and internet technology started to appear on screen, an editor would typically cut to a shot of the device — allowing the viewer to read the display. As post-production technology improved, TV’s requirement for an increased speed of plot exposition, and product placement costs (and legal clearances) required a more generic approach, this eventually evolved to show the interface directly incorporated onto the visual frame.

Subtitles, captions and interface design typically sits independently on top of the content as a layer added in post-production — i.e. as a semi-transparent wall between the story and the viewer. Integrating these titles to make them appear part of the content can be quite a technical challenge — especially when they need to be tracked to a moving camera.

However, (much like modern media itself) on-screen typography has surpassed merely being integrated visually into the background plate. It is now becoming increasingly self-reflexive, and blurs these diegetic lines. This is often referred to as “breaking the fourth wall”, and is perhaps best demonstrated in the opening titles to the 2016 film Deadpool, where even the actual names of producers are subverted into narrative elements. 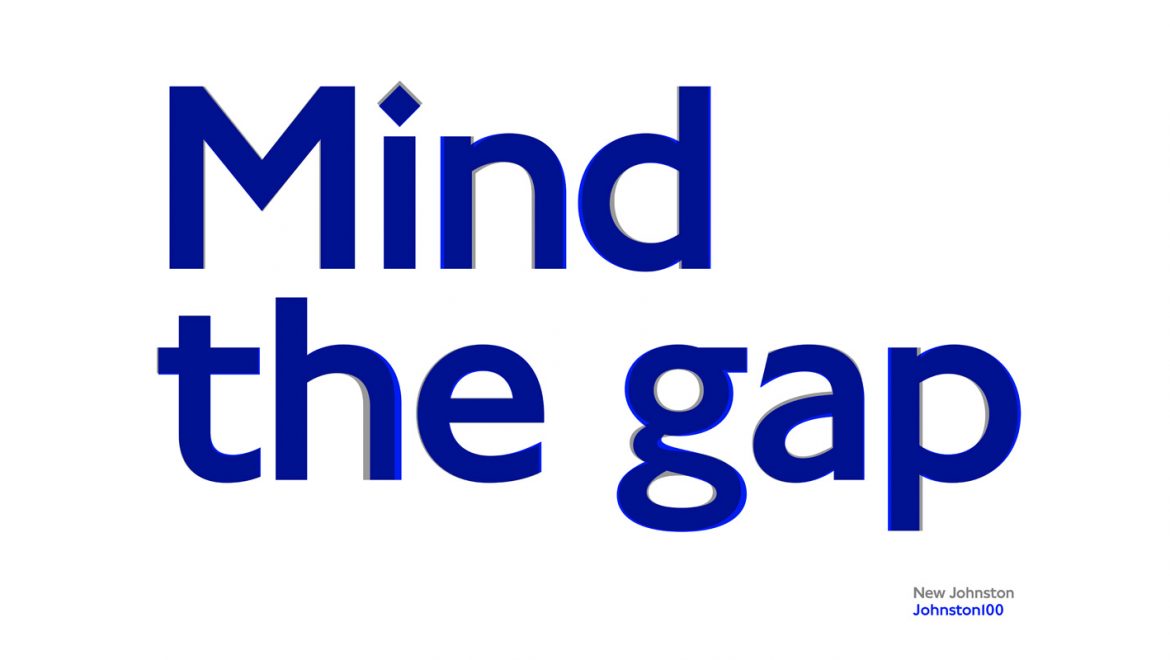 Edward Johnston created the font used by London Transport over 100 years ago. Since then, needs have changed — so Monotype were commissioned to redraw the entire set of glyphs, as well as creating new weights such as thin and hairline. 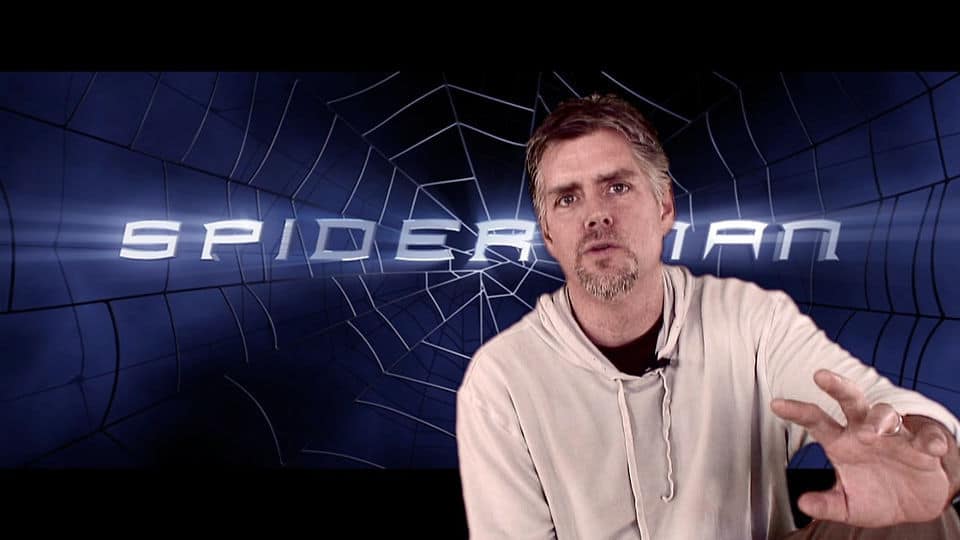 Kyle Cooper, the acclaimed title designer, art director and filmmaker discusses typography, his love for the imperfection of handmade things, and his main titles for Darkness Falls, Se7en and Spiderman 2.

In Part 2, Cooper discusses “integrated typography” and three classic main titles that made a big impression on him: ‘The Dead Zone’ by Wayne Fitzgerald, ‘To Kill A Mockingbird’ by Stephen Frankfurt and ‘Walk On The Wild Side’ by Saul Bass. 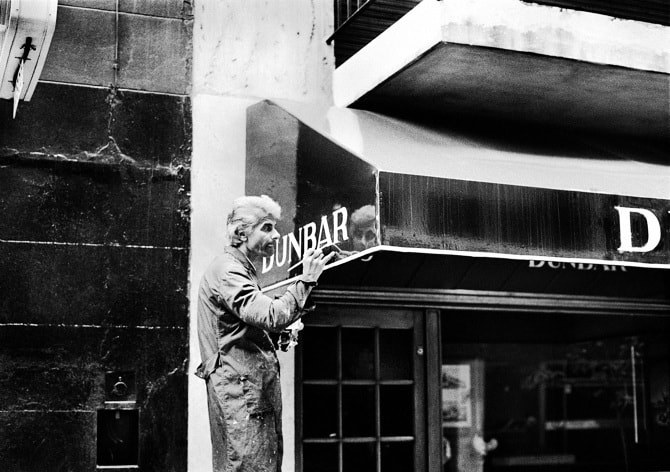 Hello, I am Arne. I live and work in Stockholm, Sweden. I work as a graphic designer and I became interested in photography in the late 1960s. The interest raise during the 1980s as art director for a Photo magazine (FOTO).

A wide range of cameras have been used over the years. Mostly Leicas. M2, M3, M5, M6 and a Leicaflex SL2. In early years Practica, Yashica, Canon, Hasselblad 1000F. Later, besides the Leicas, Canon Dial, Nikon, mostly FM and FE, occasionally a Leica CL, a Minox 35, Pentax 6x7, Hasselblad 500C and so on. The film has mainly been Kodak Tri‑X. Negatives are scanned in 16-bit (positive scan then inverted), Photoshop is used for the final work which is limited to dust and scratches besides cropping and image contrasts. 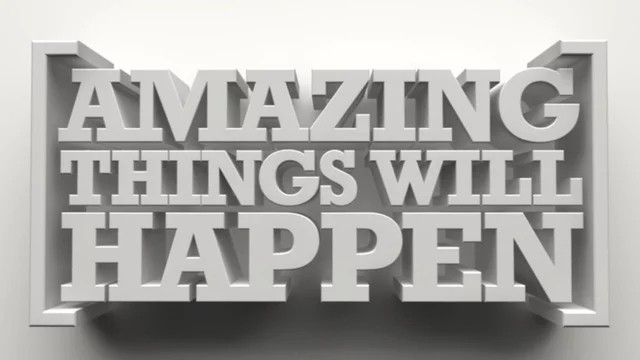 This Kinetic Typography project was created from dialogue from Conan O’Brien’s final episode of The Tonight Show on NBC. In this dialogue he describes his feelings about NBC and the situation at hand. His personality exudes positivity and humor and this dialogue describes his character very well. Even through the hardships of leaving NBC he promotes hard work and kindness. 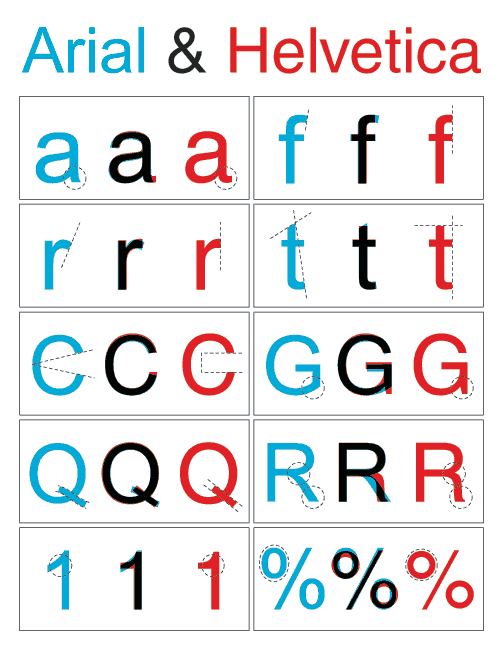 The difference between Arial and Helvetica 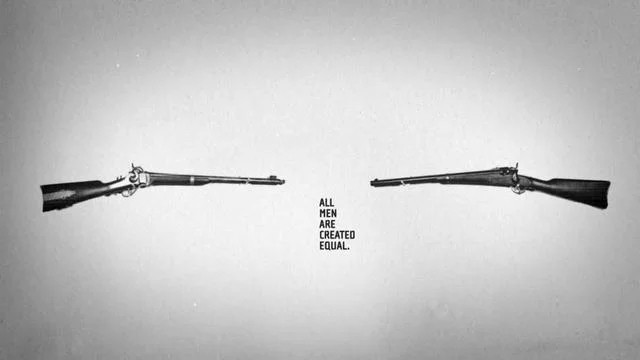 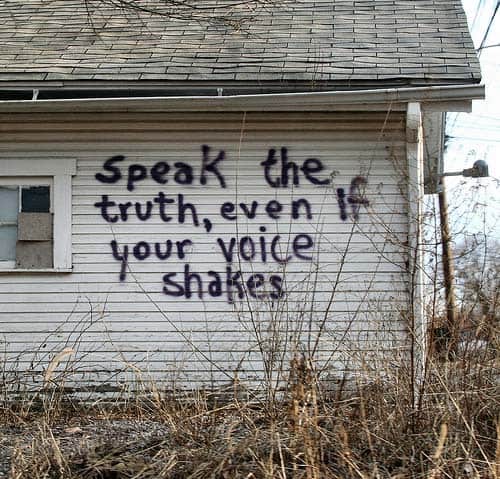 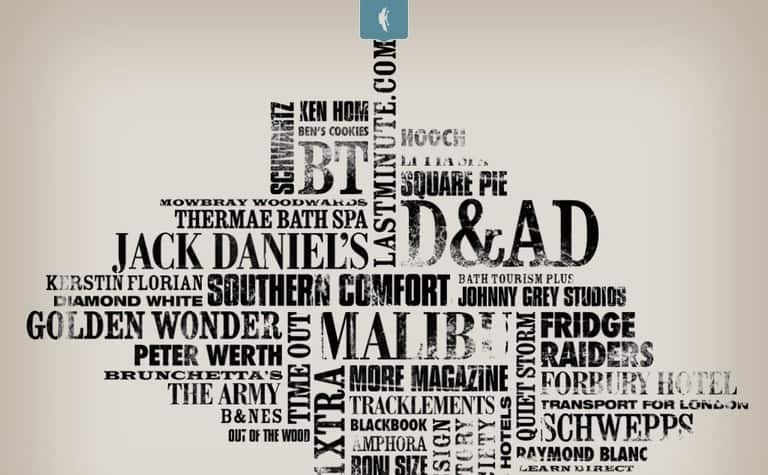 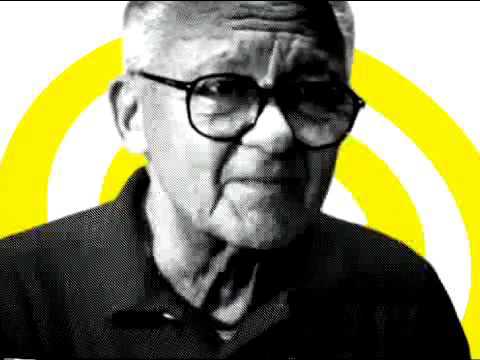 For Paul Rand’s posthumous induction into The One Club’s Hall of Fame for 2007, Imaginary Forces created a short film, combining original animation with a videotaped interview of Rand himself, that encapsulated his unique and timeless contribution to the design community. 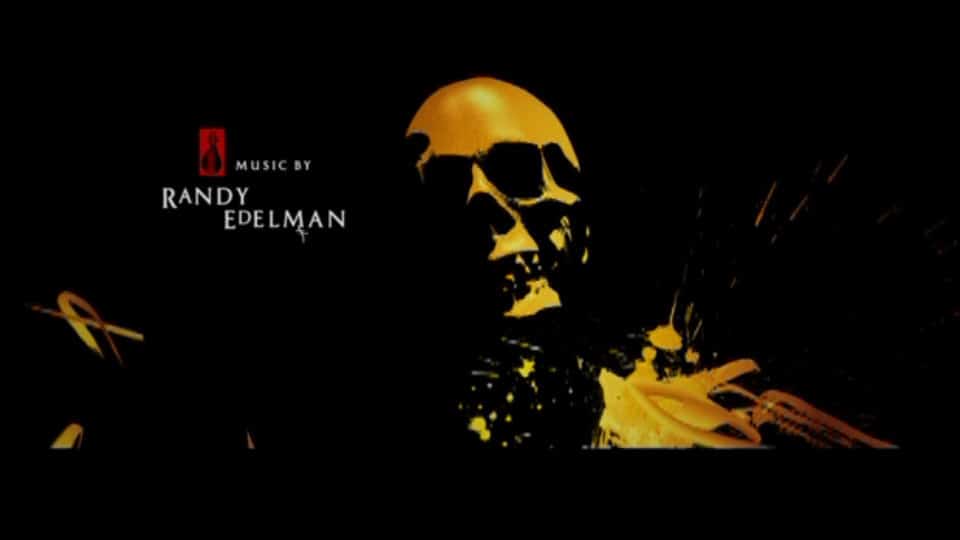 The Mummy: Tomb of the Dragon Emperor (end title)

Working closely with Rob Cohen, the design team composed scenes similar in style to a graphic novel, building tension and transitions using brushstroke silhouettes of recognizable characters from the film, with 3D models provided by Rhythm & Hues and Digital Domain. Master calligrapher T.Z. Yuan was also consulted for the ink brush writing, to achieve a level authenticity amidst the fantastical elements of the film. The sequence was built around the Chinese calligraphy of the five elements — water, wood, earth, metal and fire. 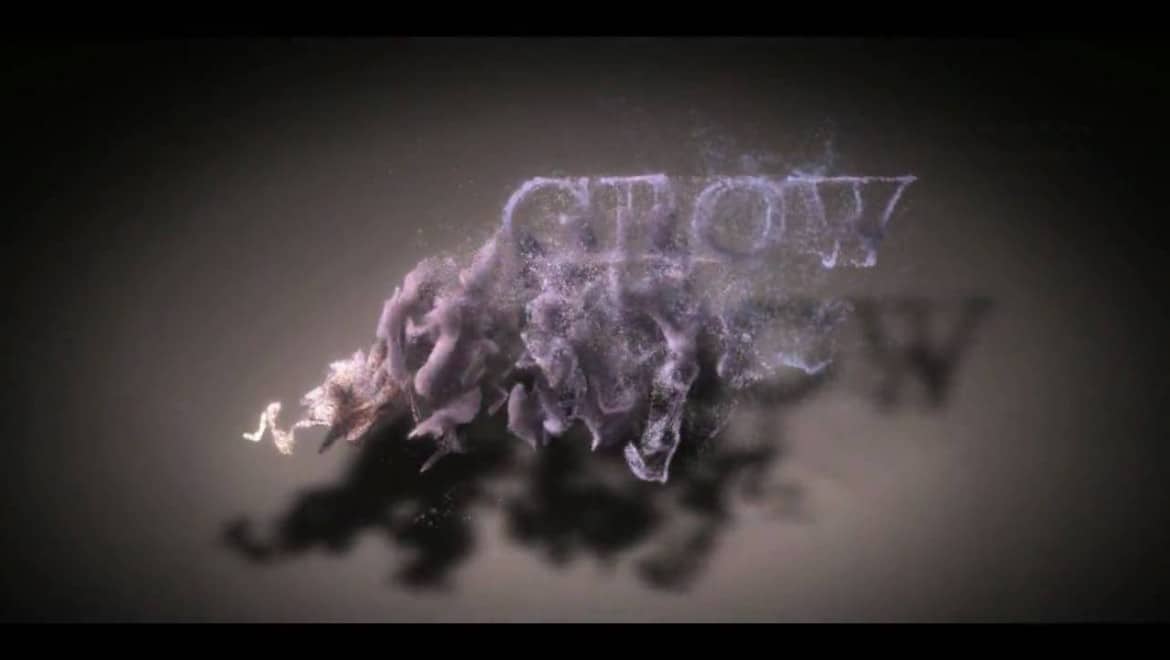 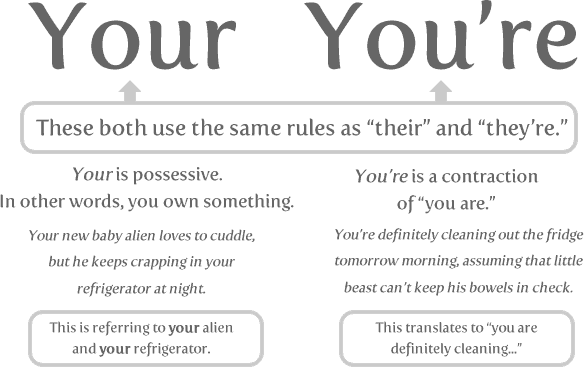 10 Words You Need to Stop Misspelling

I created a handy guide for common spelling errors. A panda bear makes an appearance.

Nobody should be surprised that PowerPoint does not measure up to the great speeches of history, such as Lincoln’s Gettysburg address. And it is certainly a shame when a potentially interesting presentation is dumbed down by another formulaic over-application of PowerPoint. But when PowerPoint leads not just to boredom but to bad decisions, it is a tragedy, not just a shame. 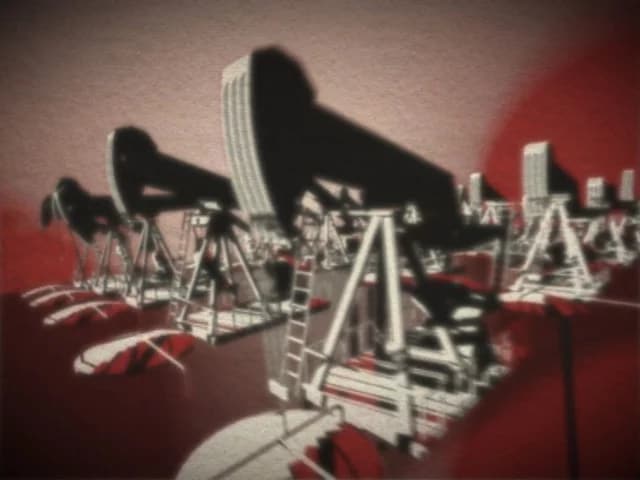 Animation by Simon Robson for The Knife Party, which led to “Taking Liberties”, an award-winning documentary on the eroding of civil rights, available on DVD. 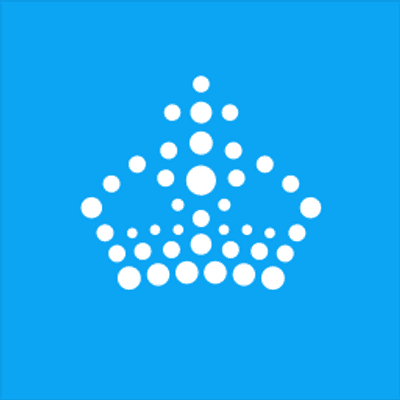 The Ministry of Type

The Ministry of Type is a weblog by Aegir Hallmundur about type, typography, lettering, calligraphy and other related things that inspire him. He is a designer originally from the far north of England, now living and working in Brighton in the far south of England. He loves hand-tracing and recreating old designs as vector artwork. 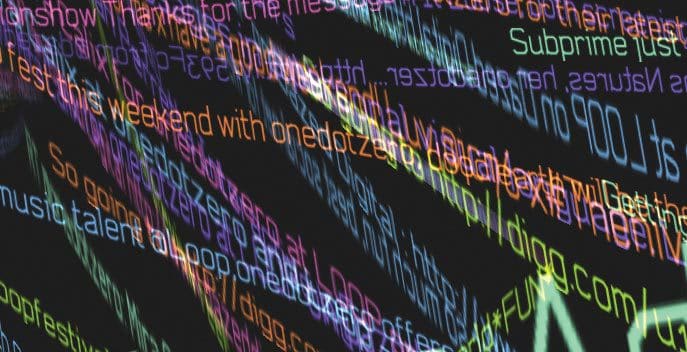 This year’s festival theme of ‘convergence and collaboration’ inspired wieden + kennedy to take advantage of onedotzero’s vast fan base and constant, online conversations to create this new identity. They have harnessed dialogue from twitter, facebook, etc, and have channelled the content via specially produced software devised by computational design wizard Karsten Schmidt (a.k.a. Toxi) through colourful ‘ribbons’ that move organically as if alive. These ribbons gravitate towards invisible paths that will ultimately mirror onedotzeros font and logo: a living, breathing identity that encapsulates the themes of the festival.
http://www.onedotzero.com/blog/brand-identity/ 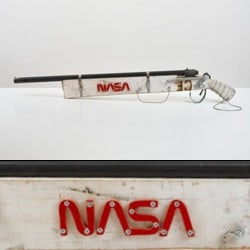 The space-boyscout in Tom Sachs got together with the designer in Tom Sachs and they crafted together their very own super-official NASA shotgun.